Report Card 2011 – Has the Government Kept its Promises to Children?

This is the 3rd annual report card compiled by the Children’s Rights Alliance and analyses the Government’s performance across a range of sectors relating to children such as Education, Health, Material Wellbeing and Safeguarding Childhood. 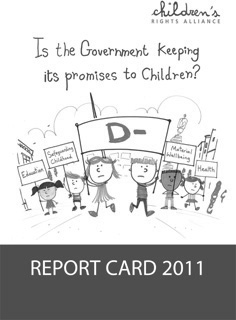