The Children’s Rights Alliance staff is based at our office in Dublin: 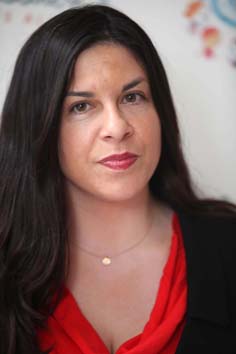 Tanya Ward is the Chief Executive of the Children’s Rights Alliance since 2012. Previously, she was the Deputy Director at the Irish Council for Civil Liberties (ICCL) where she worked for eight years. She has also worked with the Irish Centre for Migration Studies, the Irish Refugee Council, the Curriculum Development Unit and the City of Dublin VEC. A former lecturer in human rights on the MPhil in Ethnic and Racial Studies, TCD and the Masters in Equality Studies in the UCD School for Social Justice, she is a former board member with Campaign for Children and played a major role in the children’s referendum of 2012. She was also a former Vice President for the International Federation of Human Rights (2008-2011). Tanya has graduate and post-graduate degrees from UCC and a LLM in Human Rights from Queens University Belfast as well as a Certificate in Managing Community and Voluntary Organisations from the National College of Ireland. She has a keen interest in international human rights monitoring and lectures widely on this topic and has authored several reports on a wide range of issues including garda, judicial and criminal justice reform, equality law, education, anti-racism, separated children and children’s rights.

Tanya is currently the Chair of the National Advisory Council for the National Policy Framework for Children and Young People. She is also a board member of the Law Centre for Children and Young People Board and a member of the Oversight Board for the Childcare Law Reporting Project. You can reach Tanya at tanya@childrensrights.ie or on +353 1 860 5569.

Julie joined the Children's Rights Alliance in September 2013 and is the Head of Legal, Policy and Services. Prior to this she has worked in various roles across the Alliance and led the establishment of the Access to Justice Initiative and projects such as the annual Report Card and the Children’s Report to the UN Committee on the Rights of the Child. Prior to joining the Alliance she worked on the children's rights referendum campaign with the ISPCC and NASC (The Irish Immigrant Support Centre). Julie is a qualified barrister having been called in 2018. She holds a BL from the Honourable Society of King's Inns, a BCL (Clinical)(Hons) and an LLM in Child and Family Law both from University College Cork. Julie sits on the board of management of Ballyfermot Star and is a long-time volunteer with Childline. You can reach Julie at julie@childrensrights.ie or on +353 1 860 5563.

Emma joined the Children’s Rights Alliance after working for over two years as an Account Manager at Persuasion Republic, a communications and social marketing agency that works exclusively with not for profits. She has assisted in local and national public awareness, advocacy and media campaigns and the development of communication strategies for leading not for profits in the sector. Emma holds a BA in English Studies (Trinity College Dublin) and a MSc in Politics and Communication (London School of Economics) and last year completed a Certificate in Public Relations with the Public Relations Institute of Ireland. Working closely with children’s charities over the past two years, Emma developed a keen interest in children’s rights in particular around issues of education, poverty and mental health. This year she was also selected as one of Ireland’s Youth Ambassadors for the One Campaign. You can reach Emma at emma.archbold@childrensrights.ie or on +353 1 860 5561.

Theresa joined the Children Rights Alliance in April 2018 as Head of Governance and Finance with approximately 15 years’ experience in finance. Theresa qualified with the Association of Chartered Certified Accountants (ACCA) in 2005, becoming a fellow in 2010. She has worked as audit manager in accountancy practice gaining extensive experience across many areas in the public and private sector dealing with small, medium and large organisations. She brings significant experience in the charity sector to the role, with up to date knowledge of charity reporting requirements including Financial Reporting Standard 102 Statement of Recommended Practice. You can reach Theresa at theresa@childrensrights.ie or on +353 1 860 5573.

Naomi Feely joined the Children’s Rights Alliance in May 2021. Naomi is an experienced social researcher and policy analyst with over 15 years experience working in the public, private and community and voluntary sectors in Ireland. During this time she worked for a number of national not-for-profit organisations including Barnardos and Start Strong. Naomi holds a BA in Public Administration and an MA in Sociology both from the University of Limerick, along with a second MA in Political and Public Communications from Dublin City University. You can reach Naomi on naomi@childrensrights.ie or on +353 1 8605565.

Rachael Kenny joined the Children’s Rights Alliance in 2021. She graduated from the National College of Art and Design with a BA (Hons) in Visual Culture, focusing in her final year on cultural policy. She has a passion for social change and is currently studying the MSc Public Policy at DCU. Her areas of focus in her master's degree are climate change and EU migration law and policy, having completed a project in her first year around the education of children in direct provision during the COVID 19 pandemic. She has over 8 years of experience working in both the private and public sectors in Ireland. Her most recent positions were held at IDG Direct working in data assurance and the Irish Museum of Modern Art working in the learning and engagement department. She has experience volunteering in poverty, mental health, juvenile sports, migration, and global development. Most recently, with STAND and Youth and Education Service for Refugees and Migrants.

Ciara Landy joined the Children’s Rights Alliance as its Legal Information Officer in 2021. Prior to joining the Alliance, Ciara worked in communications and relationship management at IDA Ireland, having been recruited to the IDA as part of its 2018 Graduate Programme. Ciara has provided research support for Justice For Magdalenes Research (JFMR) and the Clann Project, organisations which advocate for redress for victims and survivors of human rights violations in Ireland’s twentieth century institutional framework. Ciara holds a Bachelor of Civil Law from University College Dublin where she was admitted to UCD’s Sutherland School of Law as an Entrance Scholar. She was called to the Bar of Ireland in July 2021, receiving The Honorable Society of King’s Inns Exhibition Prize for the second highest grade in the Degree of Barrister-at-Law. Ciara has a strong interest in human rights education, child and adolescent mental health policy and redress for ‘historic’ institutional abuse in Ireland.

An Honours Arts Graduate from University College Galway, Edel has worked in Brussels in the European Commission (Foreign Affairs) and then in Ireland with Bio-Medical Research developing new markets and revenue streams in Asia. Edel began her charity career volunteering with GOAL in Sierra Leone, Malawi and India. On returning to Ireland, Edel developed and implemented a Development Education programme, representing GOAL in primary and secondary schools and at fundraising events both in Ireland and the U.K. Edel then joined the Irish Cancer Society as their Community Fundraising Manager, successfully recruiting and leading a new team and managing some of the largest fundraising campaigns in the country. With post-graduate qualifications in Child Psychology (QQI) and the Early Bird Training Programme (National Autustic Society, UK.), Edel is passionate about young people's rights, in particular with regard to education and children with additional needs. Warmly welcoming new members, if you would like to join the Children's Rights Alliance as a member, please contact Edel at members@childrensrights.ie or on +353 1 8605564. 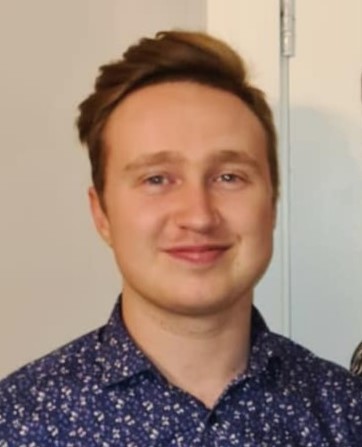 Steven joined the Children's Rights Alliance in July 2019. He has completed his final year of studies in Civil Law in NUIG. Since joining the Alliance, Steven has assisted in a wide variety of projects including the Know Your Rights campaign, Report Card 2020 and the Access to Justice programme. He has played a key role in ensuring that events held by the Alliance have worked successfully in a new online environment. You can contact Steven at steven@childrensrights.ie or on +353 1 8605562.